189% and some sunbathing for Henry 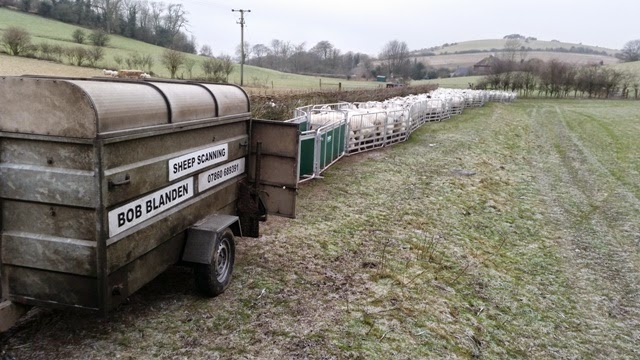 Bob the scanner came to visit last week, his job is to pregnancy scan all the flock and tell us how many lambs each of them are having. All the sheep troop up into Bob's trailer single file enabling Bob to scan them and then put a different coloured dot on their back depending on how many lambs they are having. We've been sheep farming for nearly 6 years and every year I still can't work out how he can tell from the moving blobs on the screen the number of lambs, it really is a skill!  It is a family job with Molly generally helping with gate duty whilst Freddie walks the perimeter of the sheep pens. After scanning we then have "sheep chess".  Sheep chess last for about 3 days and involves Roly using most fields on the farm to separate all the different groups of sheep - eg those that are having triplets, twins, singles, ewe lambs (teenagers), empty sheep,  rams, last years lambs, the groups go on! Belle obviously loves sheep chess. 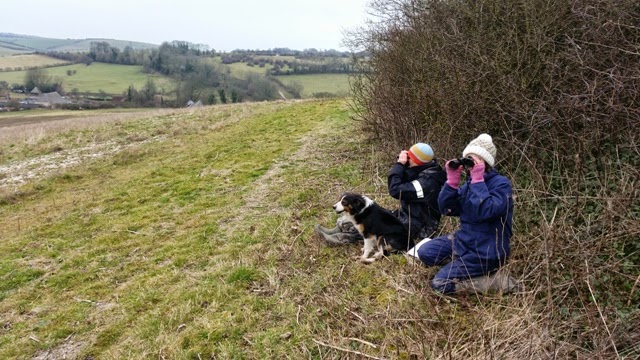 This week is the Big Farmland Bird Count now in its second year.  We took half an hour this morning to walk up to North Lane (one of our arable fields) where our wildbird seed crop is and where we have been spreading bird seed.  Binoculars in hand and sitting up in the hedge...we waited....at times like this you so want to see that elusive covey of grey partridge but we saw linnets and a skylark, blue tits, robins down to the obvious magpie and pigeon.  We will look forward to hearing the national results and hope others were luckier than us! 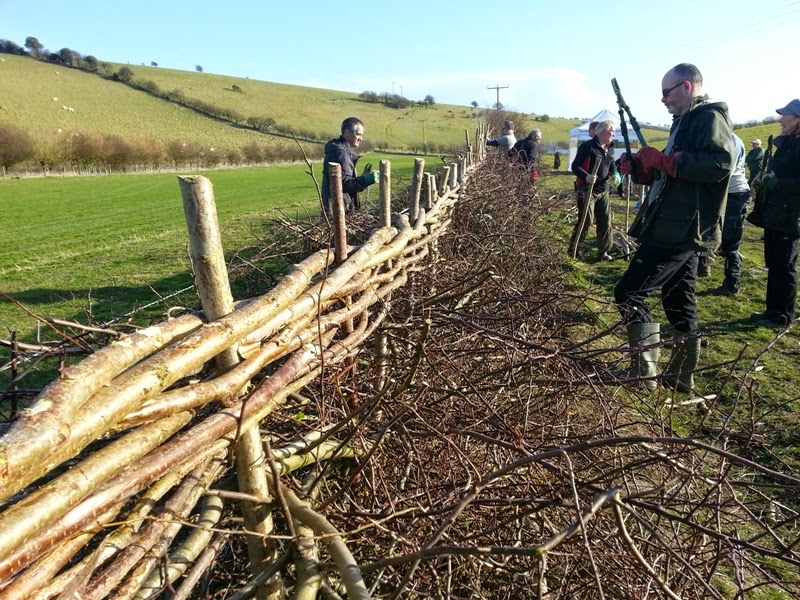 We have a great team from the South Downs National Park hedge laying for us this week who were here exactly a year ago.  The team is under the guidance of Garry who is chairman of the south east hedge laying society and has won lots of awards.  It is so exciting to have them back and already they have made great headway on the section they hope to have done by the end of the week.  They started on Sunday and it was a beautiful day.  Henry is in the next door field and Garry was telling me this morning how wonderful it was watching him sunbathe!  Some of the group needed to go into the field with him and he didn't bat an eyelid.

Roly announced at lunch that he thinks one of the cows is 'bagging up', a farmers way of saying that they think she is getting ready to have her calf, so exciting.  Will keep you posted on our new arrivals.